There are many things in life to be disappointed about; losing out on a promotion, a fight with a friend, your baseball team losing a game, etc. For me, having 3 sons is not one of those things. In fact, the more people ask me if I’m disappointed or when I’m “trying for that girl”, the more upset I get — with them. I understand that most people mean no harm and are genuinely curious. However, there are those who are sincerely bothered by the fact that we have 3 boys and no desire to try for a 4th child, let alone a girl. “Never say never,” they say. “NEVER NEVER NEVER NEVER!!!,” I respond in my head. Truth be told, Boo was a… gift from Gd, you could say. This means that one of my go-to answers to the “When are you trying for number 4?” question is that we weren’t even trying for number 3! This generally brings laughter, more curiosity and/or actual shock from those inquiring.

Let me give you some insight into Jews. A great number of us won’t say anything until the 3rd month of pregnancy and even then it’s not something widely advertised. There is a lot of superstition in Judaism! While I’m a pretty open person and The Dad and I are not really superstitious, it’s still not something that we’d talk about. Especially if we barely know you!!

Since he was our sweet surprise, I have had many people ask me if I’m disappointed that Boo specifically wasn’t a girl. To feel anything less than blessed to have another healthy boy would be ungrateful considering all of the health issues I experienced during each of my pregnancies. Additionally, there are so many people in my life that have been unable to conceive or have been trying, but to no avail. To be disappointed that I have been blessed enough to conceive and carry to term not one, but three boys would be a slap in their faces.

There are those who may be initially disappointed when they find out that they’re having a boy. They may have had their heart set on a girl, they may only be having one or two kids and one or two boys may seem like a horrible thing. Then that baby starts to move around and their heart starts to open up. Then they meet their son and that’s it. Their hearts are caught. Trapped. And they’re in love. Forever. Sure it’s not a princess, but it’s their prince and they will lay down their lives for this little boy and bring down anyone who causes them harm.

Disappointed. What a horrible word. It’s something that your parents or teachers say to you when they’ve been let down. It’s worse than having someone angry at you. Imagine how it feels to have someone say that to you and then think about how you would feel if you found out that your parents were disappointed that you were a boy (or girl). It would feel pretty awful, wouldn’t it? You know what doesn’t feel awful? What’s not disappointing? What doesn’t make me want to try again for that girl? 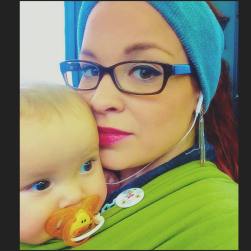 11 thoughts on “No, I’m not disappointed”

Crafts for kids, crafts for fun

Entertain Kids on a Dime

Cheap Fun in the GTA

Dave's Corner of the Universe

A glimpse into our life with epilepsy and cerebral palsy.